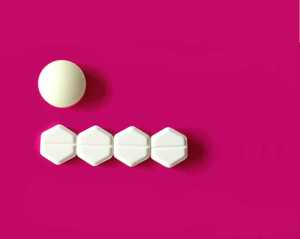 As U.S. states restrict abortion, more people are going online to get abortion pills. For years, the Netherlands-based feminist organization Women on Web has been mailing abortion pills (a combination pack of mifepristone and misoprostol) to those who request them worldwide. But they never sent them to the U.S. until now, partly because they were worried about the long arm of U.S. prosecutors. Recently, the founder of the group set up a separate entity, Aid Access, to answer a mountain of requests from the United States. Physician Rebecca Gomperts does the consultation from Holland, writes a prescription, and then the drugs ship from a pharmacy in India.

And, no surprise, the U.S. Food and Drug Administration is trying to stop them. Their warrant is the extremely restrictive Risk Evaluation and Mitigation Strategy (REMS) that the agency assigned the first drug in the combination, mifepristone (Mifeprex®), developed in France and originally known as RU-486. The FDA slapped these rules on the drug when it first approved it, in order to make pill abortions just as expensive and inconvenient as surgical abortions. And it worked, both types now cost $500. The FDA requires that practitioners have a supply of the drug at their clinic, that they get special approval (which puts them on a public list—making them targets for anti-abortion harassment), and that they dispense the pill in person. The FDA also gives a time limit of 10 weeks gestation.

For almost 20 years, women have been safely getting pill abortions from clinics—they now account for a third of the abortions in the country—but the REMS restrictions still stand as a medically unnecessary obstacle. If the REMS requirements were lifted, any prescriber could provide a prescription, and you could go to your local retail pharmacy to pick it up. Presumably you could also order it online from sites like Aid Access—a nightmare for those who want to control our reproduction. The ACLU has sued to lift the restrictions, and a group of doctors and researchers have argued in the New England Journal of Medicine that the REMS requirements are bunk and should be lifted immediately.  One respected gynecologist goes further, suggesting it could be over-the-counter.

Meanwhile, many non-feminist websites carry the pills, and will send you the combination pack without a prescription, according to this recent study, for about $200. The brilliantly-named site Plan C also has a list reporting website reliability.  And the other pill in the combination, misoprostol, is 85 percent effective on its own.